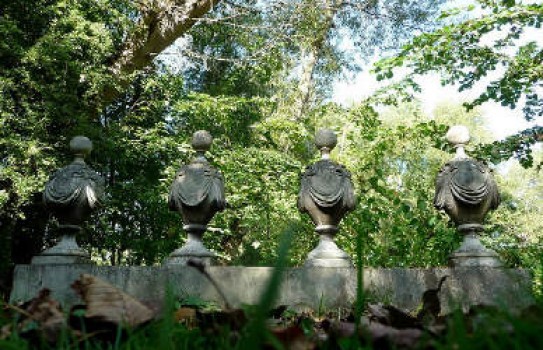 The Gibberd Garden is recognised as an important contribution to 20th century garden design.

Sir Frederick Gibberd was appointed master planner of Harlow New Town in 1946. He designed and made his garden on the outskirts of Harlow from the late 1950’s until his death in 1984.
It is a highly individual creation, sited on the side of a small valley, which slopes down to Pincey Brook. It was planned as a series of rooms each with its own character.
The glades, groves, pools and alleys provide settings for some 50 sculptures, large ceramic pots, architectural salvage, a gazebo and a moated castle.

If you want to take a break near the Gibberd Garden, why not stay in one of our recommended hotels. Each hotel has genuine guest reviews enabling you to book from anywhere in the world in total confidence. Not only do we feature hotels near the garden, we also feature hotels worldwide and at all major airports. Special prices up to 70% off standard rates as well as hundreds of exclusive deals. Look now - click here.