The gardens were re-juvinated by Lucy Boston who lived here for 50 years until 1990. During the war years she planted mostly trees and shrubs. As a child she was fascinated by the topiary at Levens' Hall so she planted eight 10" high yew plants on either side of the path to the river. 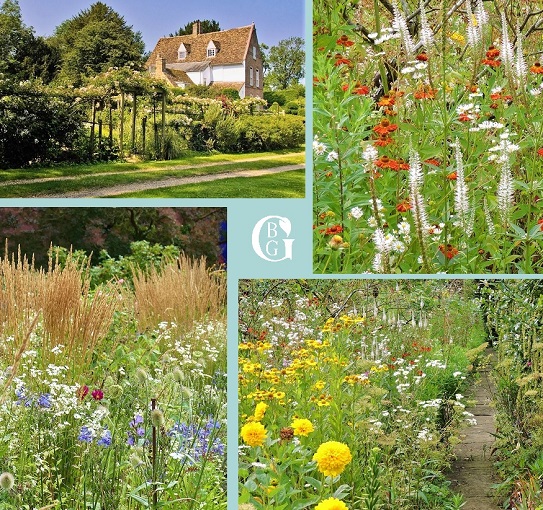 These became cones and then for the Queen's coronation she clipped them into crowns, orbs and the dove of peace from the old sceptre.

After the war she started to garden in earnest, collecting old roses and irises with the help and advice of Graham Stuart Thomas.

The gardens have continued to be maintained in the 'cottage' style by Diana Boston, her daughter in law who also gives guided tours around the Manor.

QUOTE 'Come and drift with the bees and butterflies in the tranquility of this garden'. 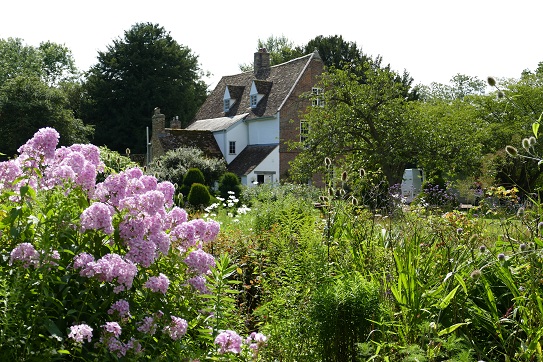 THE MANOR HOUSE - There is a certain amount of scepticism when people first see the red brick Georgian front and are told that it is one of the two oldest continually inhabited houses in Britain.

There is no clue that visitors will get the chance to sit in a room which is structurally the same as when it was built 900 years ago – other than a new beam probably inserted in the 1300s and electricity which was installed in 1939.

Do try to experience this beautiful place which is set by the River Ouse.