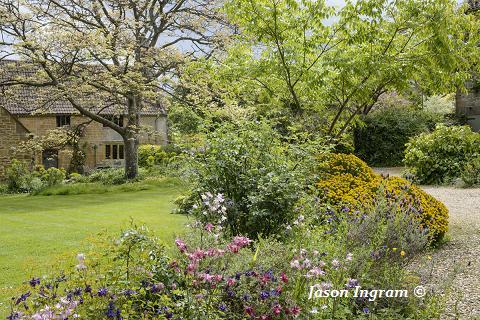 Margery Fish was one of the most important influences on English Cottage Gardening. It is mainly due to her enthusiasm and love of plants that the cottage gardening tradition has been kept alive.

Margery Fish turned to gardening when she was in her mid-forties and went on to develop the whole concept of a cottage garden. She had a love of flowers coupled with a passion for nature and made an intensive research into the traditionally grown plants with which cottage gardens in Britain were once so densely planted.

In one of her books ‘Cottage Garden Flowers’ first published in 1961, she writes, ‘Nowhere in the world is there anything like the English cottage garden. In every village and hamlet in the land there are these little gardens, always gay and never garish, and so obviously loved. There are not so many now, alas, as those cottages of cob or brick, with their thatched roofs and tiny crooked windows, are disappearing to make way for council houses and modern bungalows, but the flowers remain, flowers that have come to be known as ‘cottage flowers’ because of their simple, steadfast qualities.’

Margery Fish encouraged her readers to ‘cherish the simple flowers that brightened our cottage gardens for so many years.’ She created the now famous garden at East Lambrook Manor from 1938, which remains a monument to her. The abundant style of planting reflected her interest in plants and this coupled with her extensive knowledge of soils and situations as to which suited each plant, made her garden very popular in the 1950’s and 60’s. 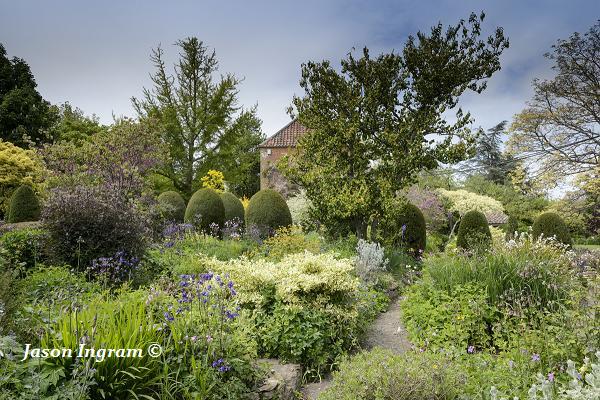 After her death in 1969, the garden became neglected, but happily has been carefully restored since 1985 and now remains a living monument to a great lady, enjoying visitors from all over the world. The Elizabethan manor built of Ham stone, stands amongst a haven of horticultural interest with ambling paths and natural gullies with some structure given using pollarded willows and a curving avenue of domed Chamaecyparis.

Margery Fish was one of the most admired gardeners and garden writers of her day, after Vita Sackville-West. Her many articles and books inspired garden enthusiasts with her easy read knowledge and observation. A passion for nature and ability to mix plants effectively even in the smallest space and in differing environments, made her ideas relevant to all gardeners of her time and for future generations of gardeners.