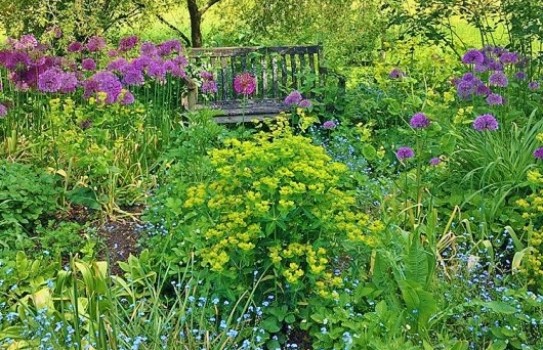 Bates Green Garden, sitting in the beautiful Sussex country side has naturalstic plantings with all year round interest

• Bates Green Garden near Eastbourne covers 1.5 acre garden has been owned by the McCutchan family since 1921
• The garden developed and skilfully planted by Carolyn McCutchan when she moved to the property in 1968.
• The garden was renowned for its colourful imaginative planting and was featured in many magazines articles
• Since Carolyn's death in 2019, the garden has been undergoing a period of restoration by a small team of gardeners led by Emma Reece who was a student of Carolyn's in 2002.
• The garden surrounds the farmhouse, which was originally a small gamekeeper's cottage.
• The soil is neutral pH heavy Weald clay much improved with homemade compost.
• The garden has very distinct areas, which enable plants from different ecological conditions to thrive including a small pond to encourage wildlife.
• In the Woodland Garden spring bulbs abound followed by herbaceous woodlanders and hardy cyclamen.
• In the more formal shaped Middle Garden colour is the main theme, starting with tulips and alliums, and then herbaceous and woody plants take over until the autumn, when the garden displays exciting colour.
• Other beds flow with a good mixture of grasses and all manner of exciting plants to give colour, texture and movement.
• Bates Green is in a tranquil setting, surrounded by pastures grazed by sheep with views to the South Downs.
• The 6-acre wild flower meadow adjoining the garden contains a wealth of flora and fauna. It is traditionally managed with mown paths round it.
• The Winter Garden is positioned so that the low rays of sun make the most of the coloured leaves and stems of the many cornus, with bulbs and plants grown for interest from autumn through to spring.
• The garden is managed with wildlife in mind and is naturalistic with a relaxed feel
• The Millennium Avenue leading up to an ancient 24 acre ancient oak wood is a mass of early wild daffodils in February/March
• Beatons Wood opens every April/May for the Arlington Bluebell Walk
• Garden visitors can pay an extra charge to view Beatons Wood outside the Bluebell Walk period

If you want to take a break near Bates Green Garden, why not stay in one of our recommended hotels. Each hotel has genuine guest reviews enabling you to book from anywhere in the world in total confidence. Not only do we feature hotels near the garden, we also feature hotels worldwide and at all major airports. Special prices up to 70% off standard rates as well as hundreds of exclusive deals. Look now - click here. 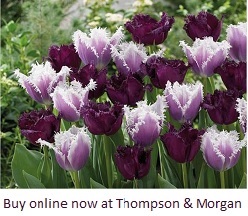